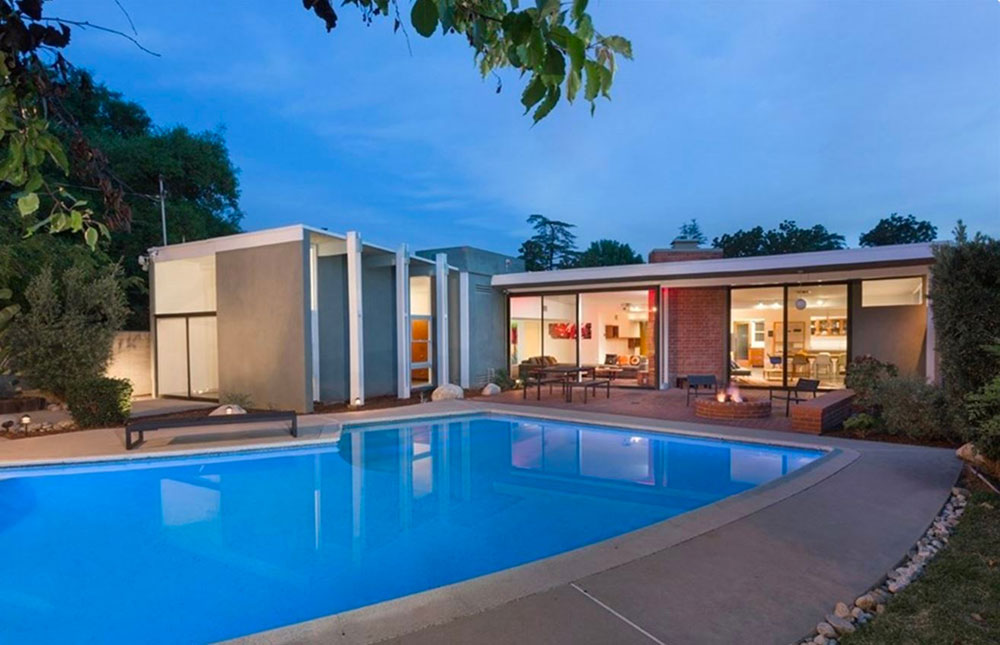 WHO YOU WORK WITH MAKES ALL THE DIFFERENCE!

This was a challenging probate listing taken in Pasadena’s Brigden Ranch. Since her reputation precedes her, Ashley was the only “out of area agent” invited to interview for the listing. The attorney told her he had received valuations from other agents that hovered around $400k. But Ashley delivered a presentation that SHOCKED the law firm, and they hired her on the spot. Her last words to them that day were, “…I’m listing this property for just under $1m.”

For some perspective, the the property did not look like the photo here. Instead, the home was infested with rats, trash to the ceiling, holes in the ceilings, racoons in the main living area, broken toilets, and a semi- drained swimming pool with a foreign type of ecosystem growing in it. The late homeowner was a hoarder who never even turned on the utilities for several months.

After clearing the trash, she put the black hole (for lack of better words) up for sale… vacant, dirty, dated and un-staged.

Local agents brought their buyers, and the feedback was consistent… “…you’re overpriced! …this is a teardown! …this won’t sell for more than land value!” She even received offers for less than $400k, all of which were rejected.

She knew the right buyer would discover what made this property special, and it meant so much to her to find the right person who deserved this property.

And she did… she sold the property for $900k to a buyer who collected mid-century modern properties across the country. Lucky for him, he did his due diligence and realized the list price was actually a STEAL for the property he was about to purchase. The property was one of a few properties recorded with the City of Pasadena with historical value and significance – in other words the property was protected from being torn down or having any alterations made to the structural design.

It once hosted Hollywood celebrities and was featured in several motion pictures. It was custom built by world renowned architects Marsh, Smith, and Powell (1951). No other realtor except Ashley even realized that because they didn’t research and review the property history and public records.

The property has received the TLC it deserves from its new owner, with about $180k in upgrades. It recently re-sold for $1.7M. What an amazing return on investment! WHEN HOMEOWNERS ALIGN THEMSELVES WITH THE HARTER GROUP, THE MOST INCREDIBLE THINGS HAPPEN

How do you know when you’re in the presence of excellence?  You sense it!  It’s an intuitive feeling you get when you come across a masterpiece.  And that is exactly what it feels like to work with The Harter Group, your luxury home specialists, who are industry leaders, consistently exceeding expectations and creating one of a kind experiences for the most discerning clients.

When we were hired to sell our clients’ home on 11 Heliotrope, we realized that there was nothing like this property across several cities and there probably wouldn’t be a property like this to come available for quite some time.  Where else were you going to find a new construction luxury home completely remodeled with an unobstructed view in a luxury resort community with no mello roos?  It just did not exist.

That sale laid the foundation for what the new home value trends would look like for Baker Ranch moving forward (with no other agents or sales in history coming close at the time).

The Harter Group is so proud to say that our work at 11 Heliotrope catapulted the coveted street into the most expensive and the most desirable street to live on in the entire city of Lake Forest. WE WORK HARTER SO YOU CAN GET MORE

When we were invited for the chance to list this gorgeous home, we presented the sellers with our home valuation. It was our professional opinion that the property was worth no less than $1,998,800. However, the recent comparable properties in the neighborhood at the time were selling between $1.35m – $1.6m (depending on the size of the property and upgrades).

To say the sellers were skeptical about our valuation was an understatement. Usually we are the ones having to talk a seller off the ledge because they think their home is worth more than it actually is. But this time, we had to guide the sellers about why they should believe in the value of their home the same way we did.

You cannot fault the sellers for feeling the way they did. For one, we were not in the kind of market where homes were flying off the shelves with multiple offers just by putting a sign in the ground. Not as many buyers were actively searching for homes at the time due to COVID and obtaining strong offers at that time was very difficult to do. Secondly, the sellers had interviewed three other realtors who all provided a “safe” list price, about $300k less than what we quoted.

But THG was the only real estate team who walked in and saw what a truly special home they had. And once the sellers completed their examination of all the facts, they agreed to list with us at $1,998,800.

Other realtors told the sellers THG was wasting their time and that the home would sit on the market. We were met with contention by people who believed that we were doing the sellers a disservice by listing the property $400k higher than any comparable.

But we fought for what we believed the SELLERS DESERVED! We could have listed and sold the home for $200k more than any comparable and still been heroes, but we weren’t going to play it safe on a property THIS SPECIAL!

We are so glad the sellers put their trust in us because after only two days on the market, we delivered multiple offers ABOVE ASKING and sold the home ALL CASH for $2m. It remained a community record for over a year before similar homes began selling for $2m or more.

Become an Insider and get market updates and our new films delivered to your inbox.

This website uses cookies to improve your experience. We'll assume you're ok with this, but you can opt-out if you wish. Read More